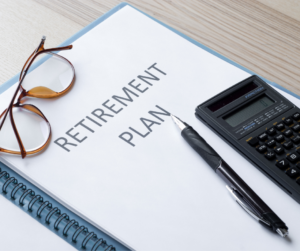 If your small business has a retirement plan, and even if it doesn’t, you may see changes and benefits from a new law. The Setting Every Community Up for Retirement Enhancement 2.0 Act (SECURE 2.0) was recently signed into law. Provisions in the law will kick in over several years.

SECURE 2.0 is meant to build on the original SECURE Act, which was signed into law in 2019. Here are some provisions that may affect your business.

Retirement plan automatic enrollment. Under the new law, 401(k) plans will be required to automatically enroll employees when they become eligible, beginning with plan years after December 31, 2024. Employees will be permitted to opt out. The initial automatic enrollment amount would be at least 3% but not more than 10%. Then, the amount would be increased by 1% each year thereafter until it reaches at least 10%, but not more than 15%. All current 401(k) plans are grandfathered. Certain small businesses would be exempt.

Part-time worker coverage. The first SECURE Act requires employers to allow long-term, part-time workers to participate in their 401(k) plans with a dual eligibility requirement (one year of service and at least 1,000 hours worked or three consecutive years of service with at least 500 hours worked). The new law will reduce the three-year rule to two years, beginning after December 31, 2024. This provision would also extend the long-term part-time coverage rules to 403(b) plans that are subject to ERISA.

“Starter” 401(k) plans. The new law will allow an employer that doesn’t sponsor a retirement plan to offer a starter 401(k) plan (or safe harbor 403(b) plan) that would require all employees to be default enrolled in the plan at a 3% to 15% of compensation deferral rate. The limit on annual deferrals would be the same as the IRA contribution limit with an additional $1,000 in catch-up contributions beginning at age 50. This provision takes effect beginning after December 31, 2023.

Retirement savings for military spouses. SECURE 2.0 creates a new tax credit for eligible small employers for each military spouse that begins participating in their eligible defined contribution plan. This became effective in 2023.

These are only some of the provisions in SECURE 2.0. Contact us if you have any questions about your situation. 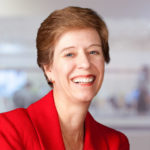 Enjoy this article? Here are some others you might like:
Inflation Means You and Your Employees Can Save More for Retirement in 2023
Establish a Tax-Favored Retirement Plan