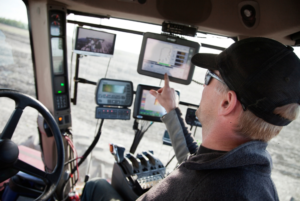 Like most in most industries, agribusinesses use broadband for many tasks, both in the office and field. However, due to their rural nature, farm operations often struggle with internet connectivity due to lack of resources.

What Are the Issues?

Many farmers regularly experience issues such as pricey plans, slow speeds, and unreliable service. Access to broadband is widely recognized as insufficient in rural areas of the country, including parts of Ohio, and it impacts farmers’ daily operations in a global society where access to the internet has become increasingly vital.

Internet connectivity is especially important in precision farming, which uses technology to collect and analyze data on crops. Precision farming has become prevalent across farming operations, and its popularity will continue to grow. It allows farmers to optimize the production of crops while reducing cost and waste, as well as minimize negative impacts on the environment. However, it also requires analytical software and technical equipment that relies on dependable internet sources, such as broadband, to give farmers the ability to use this data in a meaningful way.

“Data gives us the ability to identify plant nutrient requirements and target those nutrients only where they are needed, which leads to increased yields without expanding acreage. It all begins with connectivity.” Meagan Kaiser, treasure for the United Soybean Board (USB), said in an Oct. 27 press release.

What Is Being Done?

Several agriculture and community organizations, as well as state representatives, are advocating to improve internet access in rural areas within the next couple of years.

The USB recently funded a study by the Benton Institute for Broadband & Society that found broadband would make food production more efficient and reliable, as well as increase the sustainability of agribusinesses. There would also be a benefit to others in rural communities, such as school-aged children who need internet access and adults working remotely due to the COVID-19 pandemic. In Ohio, roughly 300,000 households (accounting for around 1 million residents) still don’t have reliable broadband internet access. A 2019 study conducted by the USB found that approximately 60 percent of farmers across the nation do not have adequate internet access to support their agribusinesses. The Benton Institute Study stated that “meeting tomorrow’s challenges means finally acknowledging that high-performance broadband is a must-have technology for modern agriculture.”

In the federal arena, the Broadband ReConnect Program is providing loans and grants to organizations that facilitate the deployment of broadband in certain rural locations. The program will start accepting applications for its third round of funding on Nov. 24. Its ultimate goal is to stimulate long-term economic growth and development in rural regions.

In the private sector, Microsoft created the Airband Initiative, which is partnering with Rural LISC – an organization dedicated to championing non-profits that support rural areas—to close the digital divide.

Launched in 2017, its stated goal is to provide broadband connectivity to 3 million people in the U.S. by 2022, and another 40 million people worldwide in that some timeframe. It funds projects that deliver technical solutions – such as laying fiber or using TV white space (TVWS) – to create reliable broadband access in rural locations. By partnering with Rural LISC Digital Navigator program, the two groups expect to provide meaningful access to broadband as well as support programs that help rural community members improve digital proficiency and technology literacy-ultimately leading to improved job skills and employment opportunities. The initiative is rolled out in Midwestern states, including Ohio.

On Oct. 26, Verizon announced that it is partnering with Amazon on Project Kuiper in a venture to build a low earth satellite network that would provide wireless access to homes and businesses—including agribusinesses—in rural communities across the U.S.

Though the digital divide is still significant across rural America, these initiatives hope to start closing the gap, which vastly improves outcomes for both farmers and rural communities as a whole.

Do you have further questions about how the expansion of rural broadband will affect your business? Contact us today to learn what you can expect going forward. 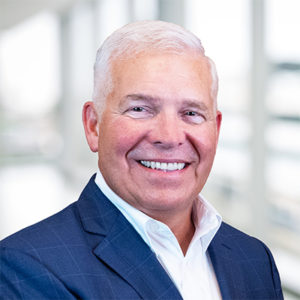